Following a weekend full of derbies including Arsenal vs Tottenham, Lazio vs Roma and Borussia Dortmund vs Borussia Monchengladbach, one of the Premier League’s more unorthodox rivalries will take place as Selhurst Park plays host to Patrick Vieira’s first M23 derby as Crystal Palace and Brighton & Hove Albion go head to head.

Crystal Palace will look to bounce back from the 3-0 defeat against Liverpool last weekend, whilst the high-flying Seagulls arrive filled with confidence following their win in the EFL Cup against Swansea City. Also, the fact that Brighton could be at the top of the table after tonight’s game really speaks volume about their recent performances.

Meanwhile, Palace has ‘only’ picked up five points in the League so far and find themselves in 15th place in the table as the home fans are desperate for their team to pull off a similar performance to what they did against Spurs a few weeks ago.

Looking at the stats for the two teams head to head duels going back to December 2018, either team has failed to dominate the results as Palace has won two of the games, Brighton two and two being drawn in normal time.

In those games, a total of 15 goals have been scored with 7 from The Eagles and 8 being from The Seagulls, which is an average of 2.5 goals a game. 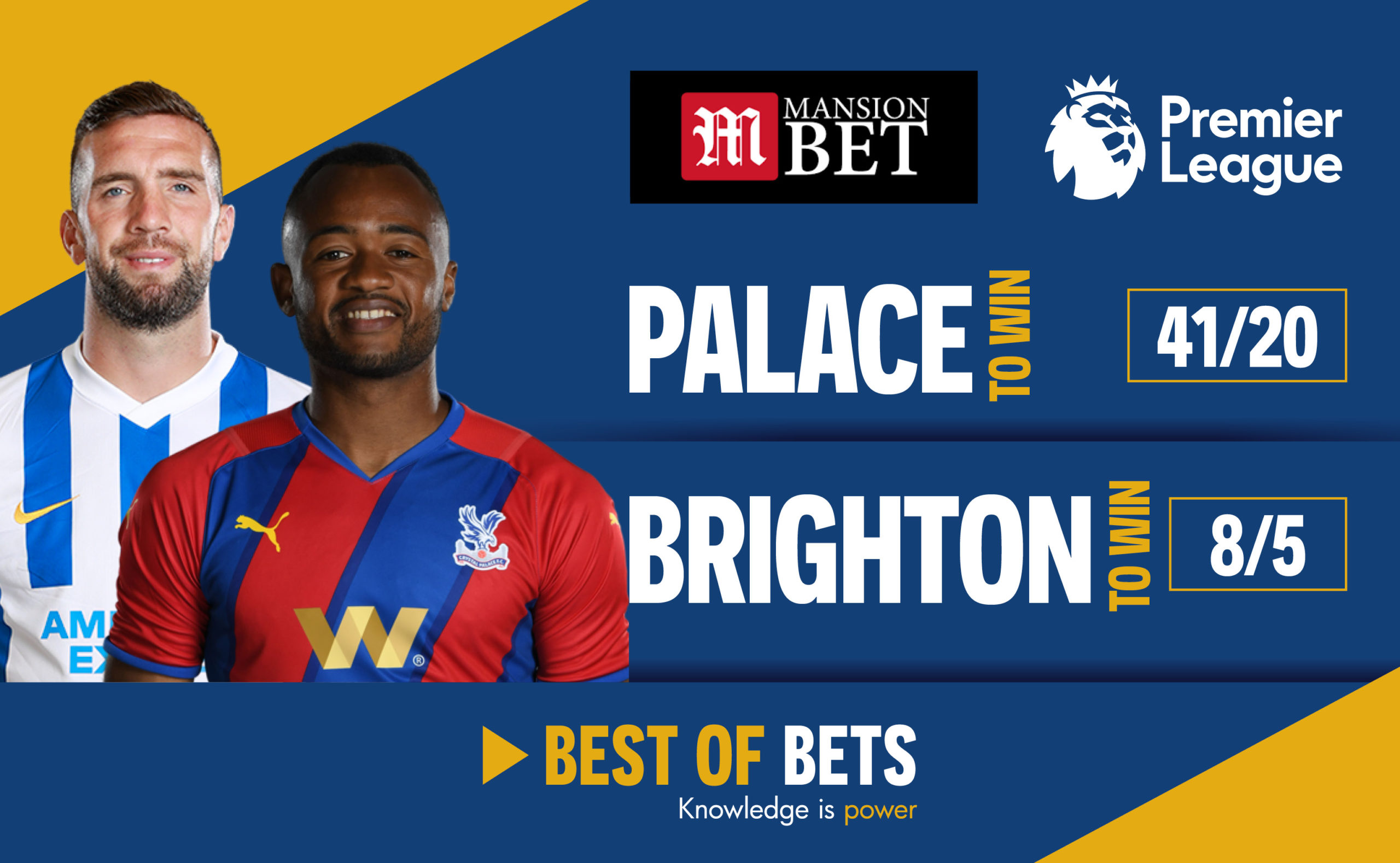 Mansionbet is currently running a Bet £10 get £20 promotional offer, meaning all newcomers to the bookmakers are eligible to receive £20 in free bets.