The Carolina Panthers are off to a 2-0 start after wins over the New York Jets and New Orleans Saints and judging by the team’s recent performances, and latest odds, the Panthers are likely to move to 3-0 after Thursday night’s game against the Houston Texans.

Texans’ starting quarterback Tyrod Taylor left Sunday’s game with a hamstring injury and is expected to miss Thursday’s game so instead, rookie Davis Mills will start.
The Panthers defence has been fierce through two games and has applied a ton of pressure on the quarterback. They recorded six sacks and 10 QB hits on Zach Wilson and followed that up with four sacks and 11 QB hits on Jameis Winston. Those stats make you feel for Mills considering this will be his first NFL start; even more so as Darnold has so far delivered everything the Panthers needed from him…and even more. 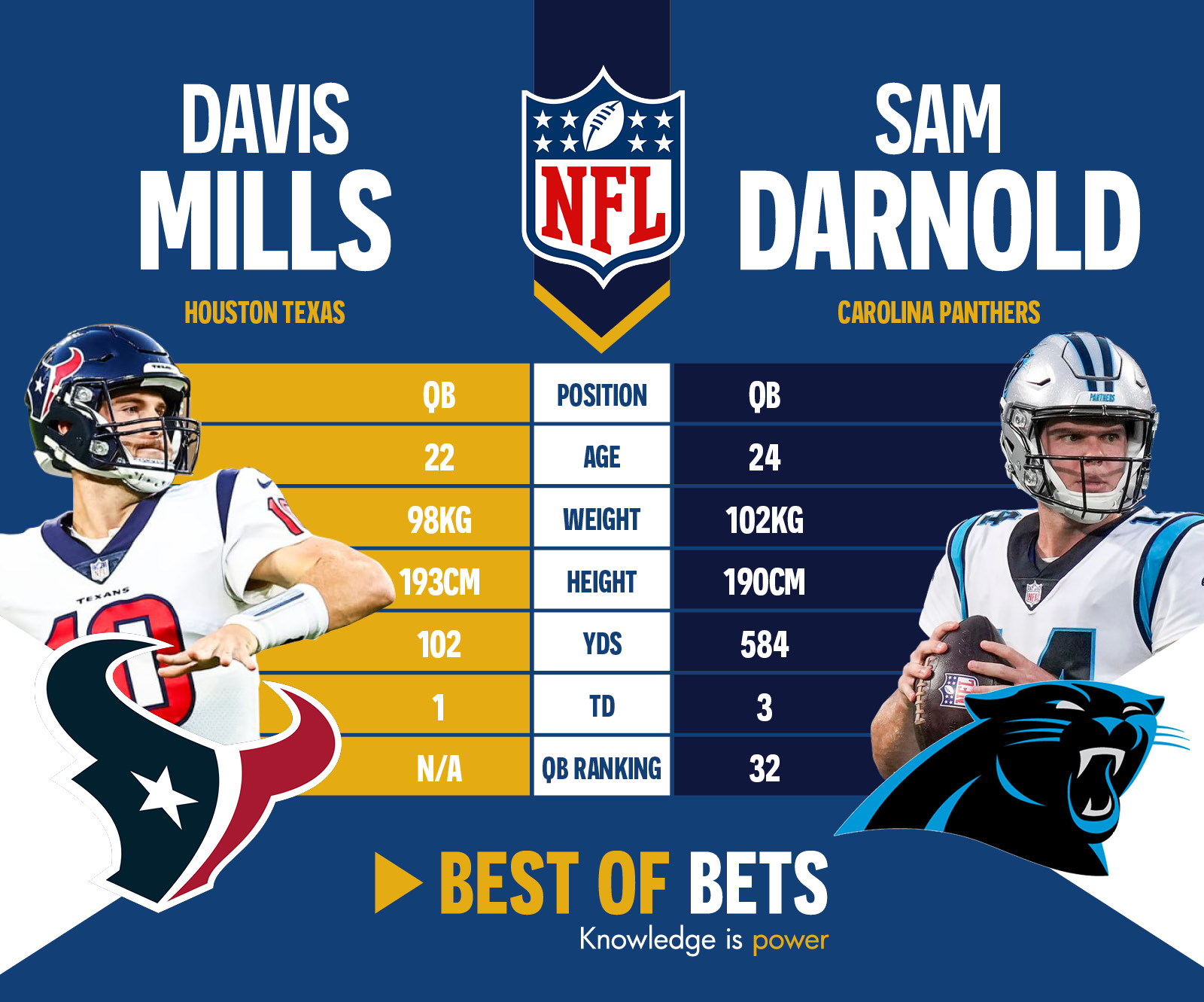