Chris Eubank Jr. is back in action

Chris Eubank Jr. is back in action as he continues his pursuit of a world title clash.

On Saturday at Wembley, hardcore ‘Kazakh KO King’ Anatoli Muratov has replaced Eubank’s original opponent Sven Elbir who tested positive for Covid less than a week before the planned fight.

Following his previous bout against Marcus Morrison in May, the 32-year-old Briton is on a streak of four consecutive victories but, Muratov, who’s ranked 7th by the WBA after winning 24 of his 27 bouts, has 17th knockouts to his name, and is expected to be much tougher opposition than Morrison. Muratov is also ranked ahead of Elbir, the WBA’s number fifteen, and has not lost since 2014.

He was most recently in action against Gyorgy Varju in Hamburg on 18 September, an encounter won by Muratov with a KO.

Eubank has said that the defeat of his friend Anthony Joshua to Oleksandr Usyk has only motivated him ahead of another fight on home soil. Meanwhile, Muratov, who’s been pretty active in the ring and the bout with Eubank will be his third in just 42 days, is determined to turn the form book on its head and prove the bookies wrong with Eubank trading at record short odds 1/100 whereas the German based Kazakh is currently at 14/1.

In a recent interview Muratov said: “This is a fantastic moment for me and it will be an honour to fight at The SSE Arena, Wembley and to test my skills against a boxer like Chris Eubank Jr. I’m jumping on this opportunity because that is what warriors do.

“Anytime, anyplace, I am ready to fight anyone. I’m looking forward to an exciting fight and a great night of boxing in London. I’m coming to win and I will give it my all.”

And Eubank would be foolish not to treat Muratov with respect, with Joshua among the catalogue of fighters to discover that a hungry opponent is always a dangerous foe, as Usyk himself warned ahead of his ‘surprise’ win; and Muratov most definitely falls into the category of hungry fighter, whilst he’s also a very good boxer and there are no doubt what the German resident wants out of Saturday’s fight. 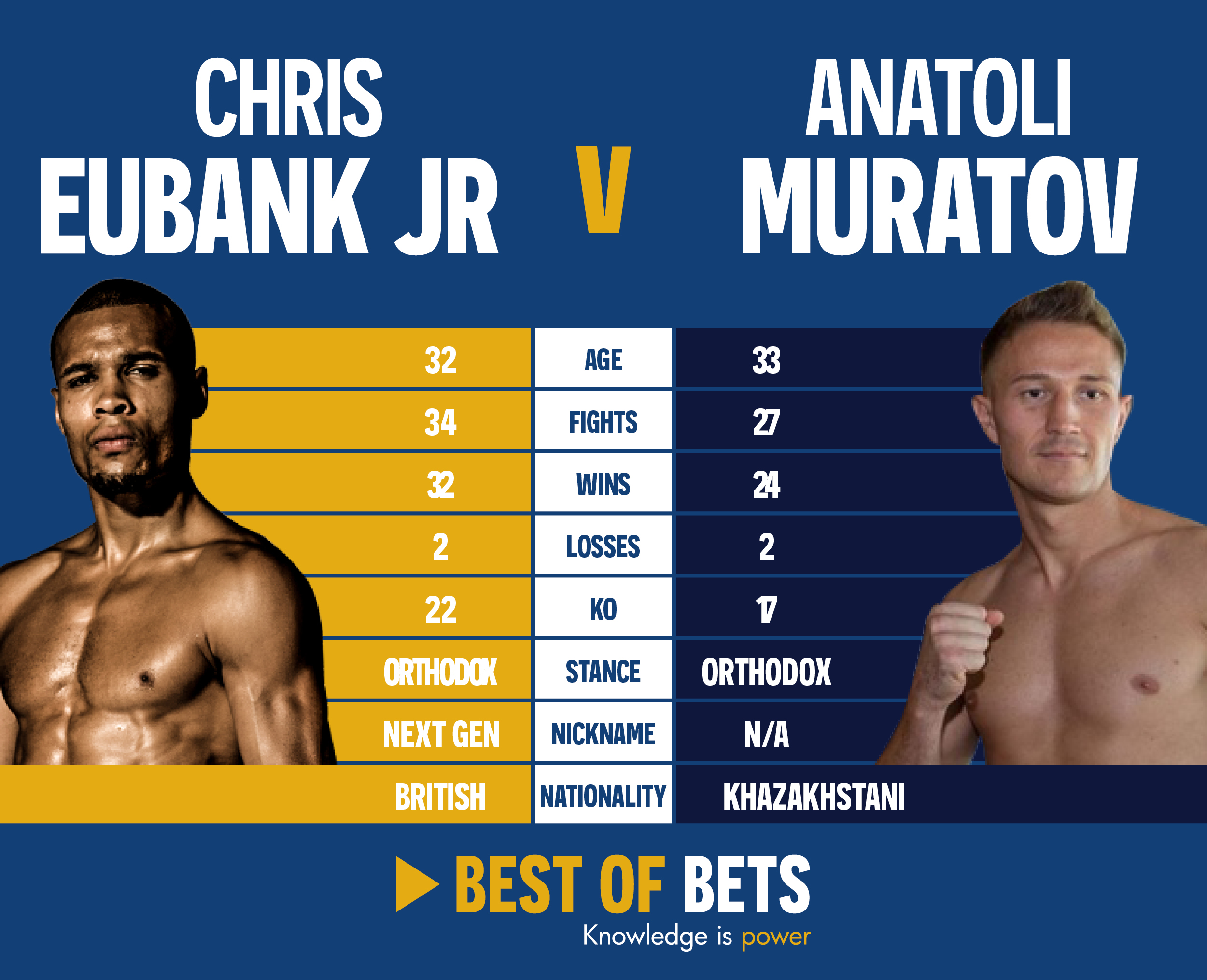