Whilst Djokovic faces an anxious wait for the final decision on his participation in the Australian Open, which will be determined in a hearing scheduled for Monday, Rafael Nadal has seen his odds tumble to just 8/1.

Even before the Djokovic visa complications, Nadal’s chances of a first Melbourne win since 2009 had been boosted by Federer pulling out due to a ‘bust’ knee but were given another lift as it remains uncertain whether Djokovic will be able to play at all.

Elsewhere, Daniil Medvedev, who is 11/8 from 11/4 to follow up last season’s US Open triumph, and world number three German Alexander Zverev, who’s gone from 9/4 from 7/2, have been the other two big movers in the outright betting following the Novak Djokovic drama.

However, bookmakers are taking a cautious approach given the level of uncertainty around Djokovic, who remains the outright favourite at 7/4; though it’d appear that punters would be wise to hold doff on placing any bets on him, pending his appeal to the Australian court.

Greek star Stefanos Tsitsipas remains at 20/1 with Betfred whereas the impressive Italian Jannik Sinner has seen his odds cut marginally, and he’s now 16/1 with WilliamHill.

Leading British hope Cameron Norrie is available at 50/1 with 888Sport. 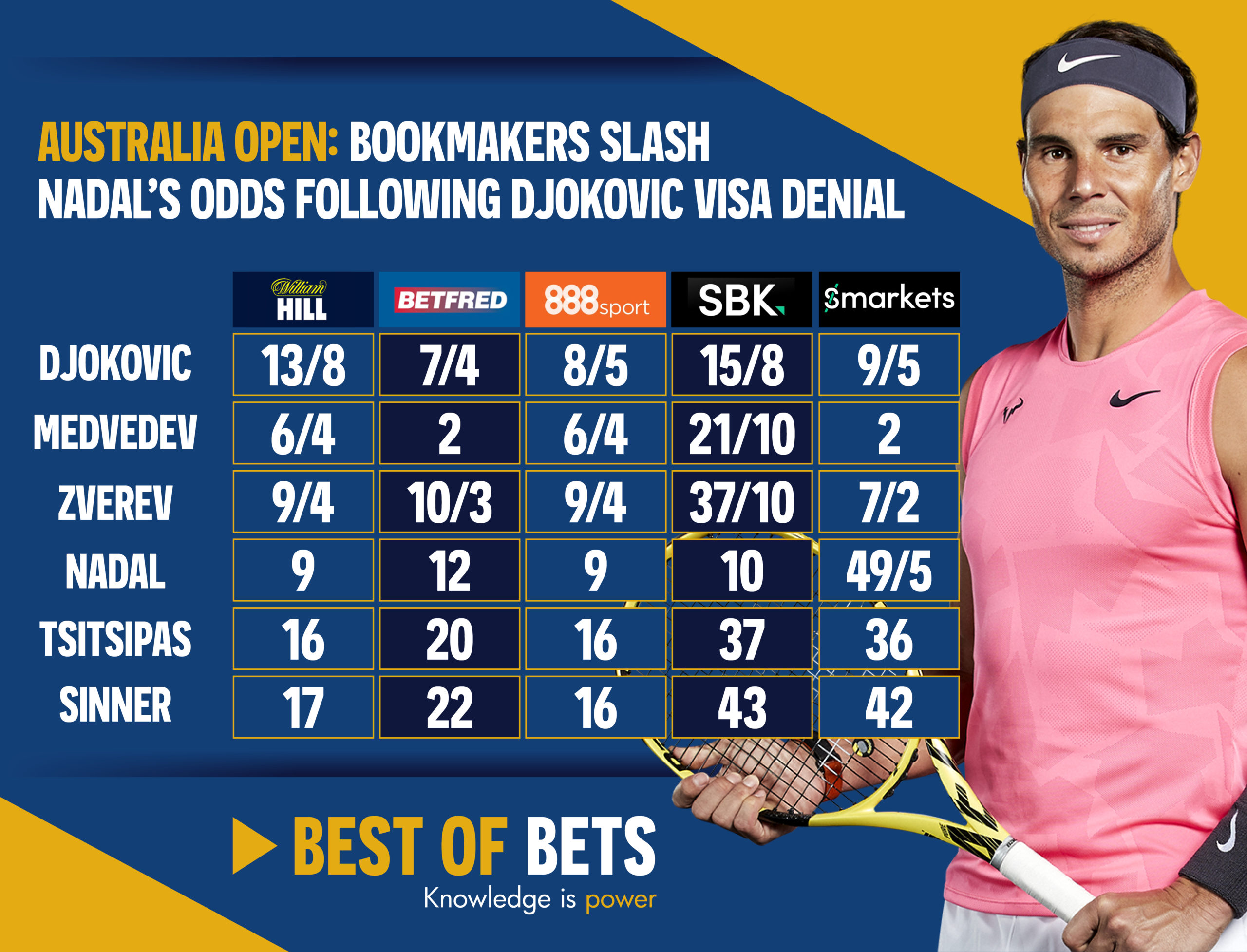 Oscars 2022: Best Actor: How the race is shaping up